Tech901 is a Memphis startup seeking to jump-start the city’s tech economy through training programs to bolster the city’s technology workforce to ten thousand over the next fifteen years. 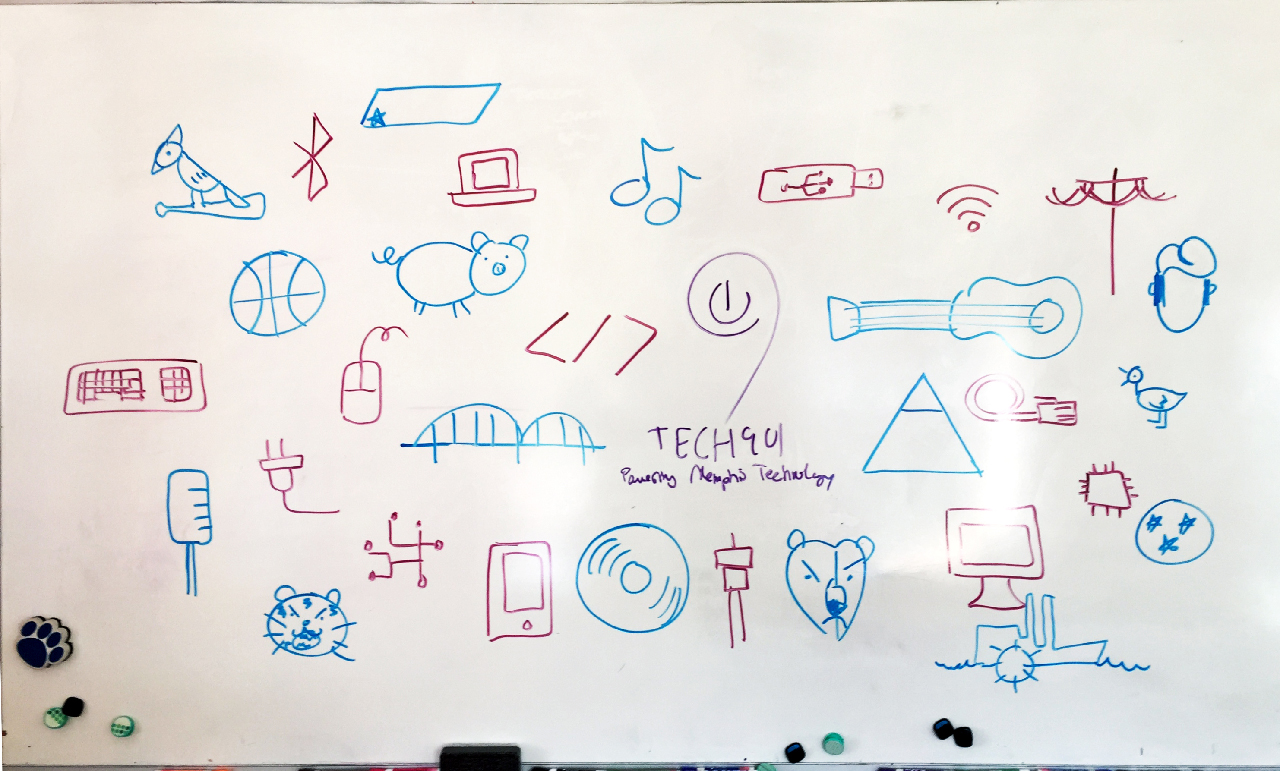 To help the client get off the ground RocketFuel did a branding phase that lead into a marketing and social media campaign leading up to their launch party.

To quickly comunicate the two core tenants of the organization I approached the design of their launch party shirt by pulling iconography both from the tech industry and from local Memphis culture, sports, and landmarks.

To keep the illustrations cohesive I chose to only use two line weights throughout the design. Since the icons differed in complexity there was a lot of trial and error finding a line weight that worked across every image. To make editing easier I made heavy use of Adobe Illustrator’s Select Similar Object tool. 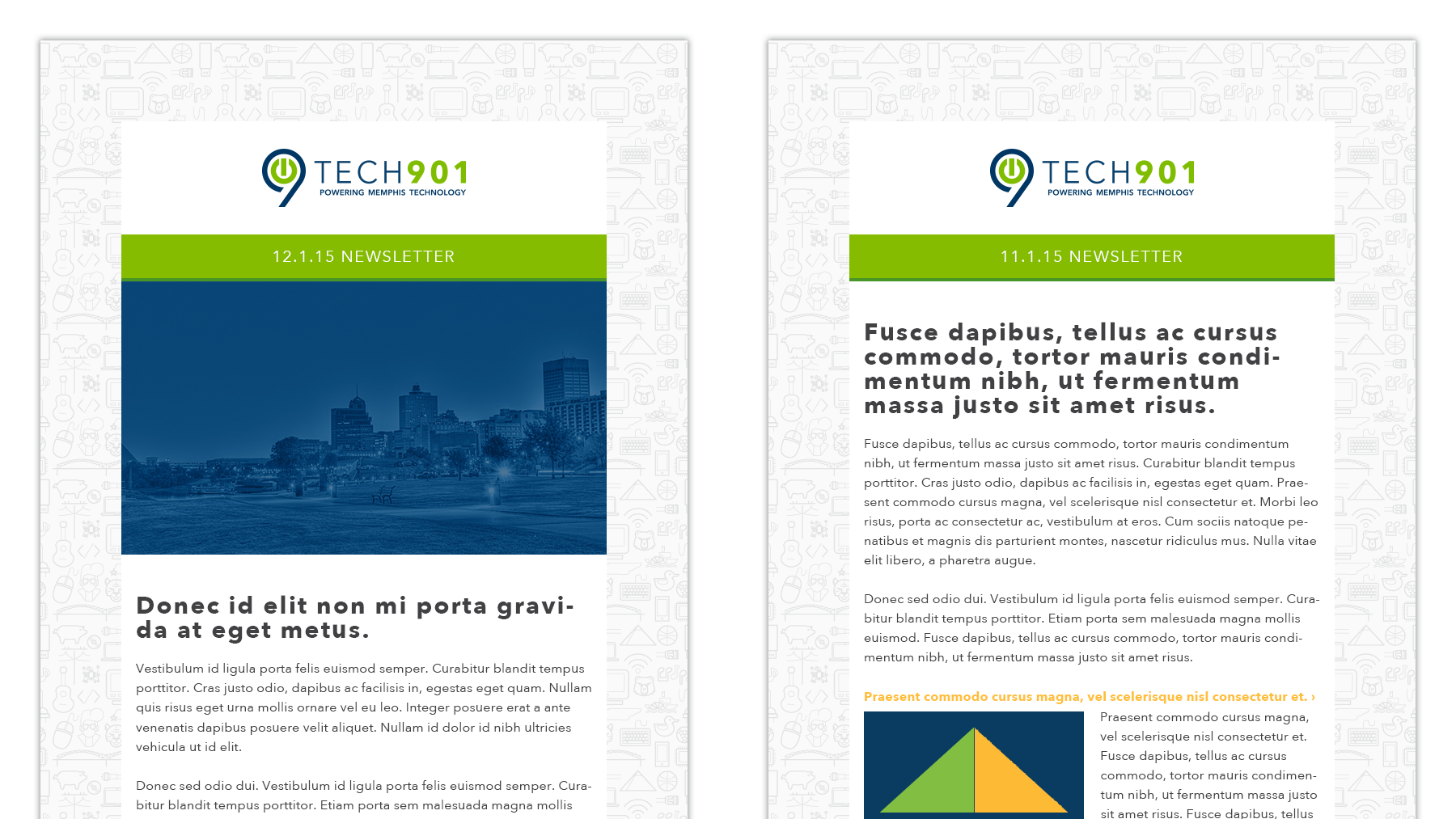 Elements from the initial apparel design went on to be incorporated into the overall branding of Tech901. The icongraphic style was adopted for several presentations that helped explain their goals to potential new stakeholders, and the overall illustration from the shirt was worked into a pattern that showed up in several social media and email marketing campaigns.